As runners, we all have those days. When there is evilness outside that means we can’t possibly go out there. Like when it is raining / too hot / too cold / lightning / tornado headed your way / flooding in the streets. Well I say, get out there anyway! If nothing else, it will be memorable.

Okay, so I wasn’t quite staring death in the face when I went running that morning in Woodstock. Yes it was raining, yes it was cold (about five degrees Celsius), but it really could have been a lot worse. 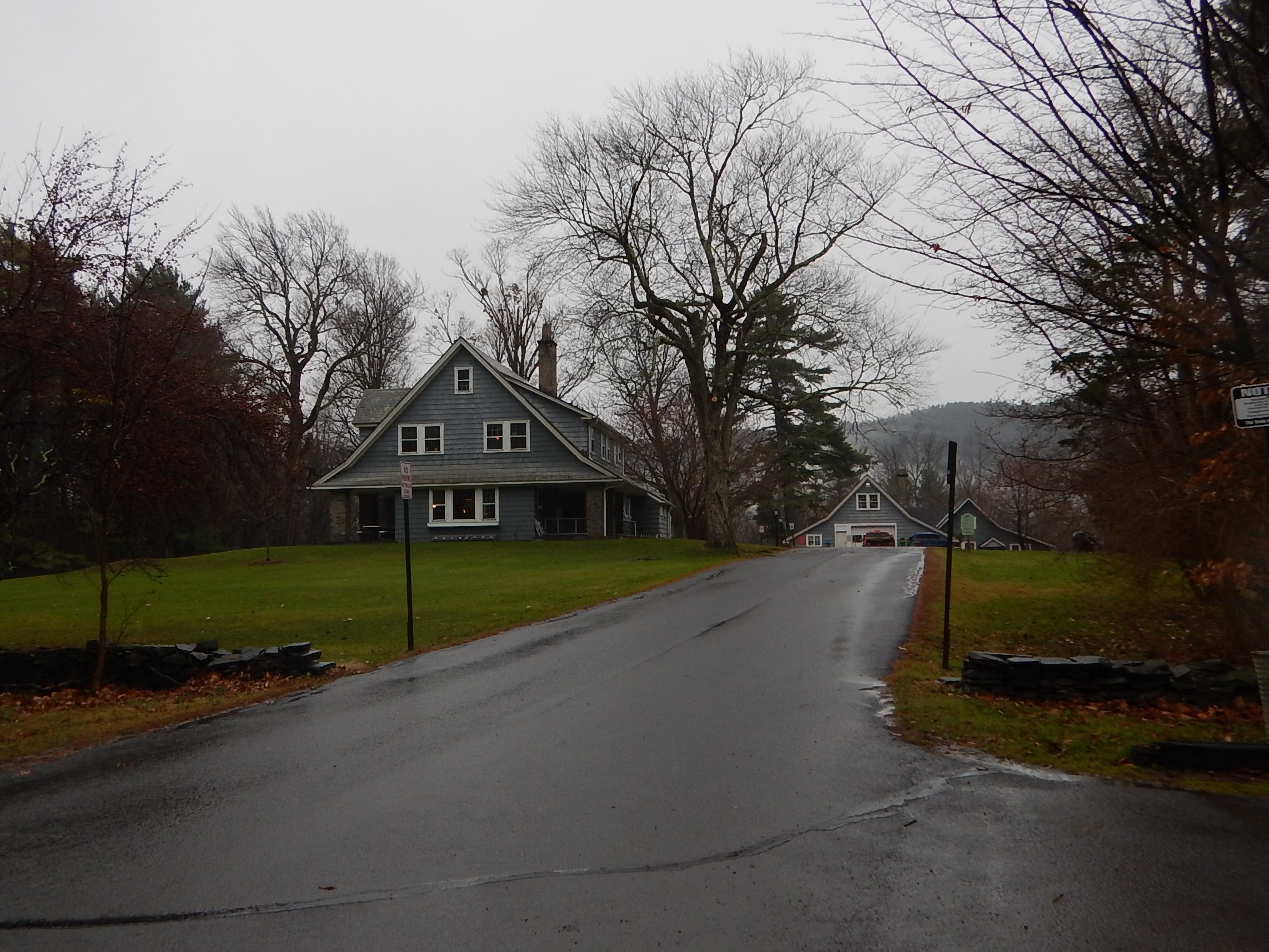 Because of the rain and the cold, it hadn’t even occurred to me to go running, but Mr Ironman decided to go (because unlike me, he eats concrete for dinner) so I grudgingly went with him. My motivation was not fitness, but rather for exploration. We had arrived only the night before and I was eager to see some of the neighbourhood. What better way to have a quick explore of the town than to run around it. 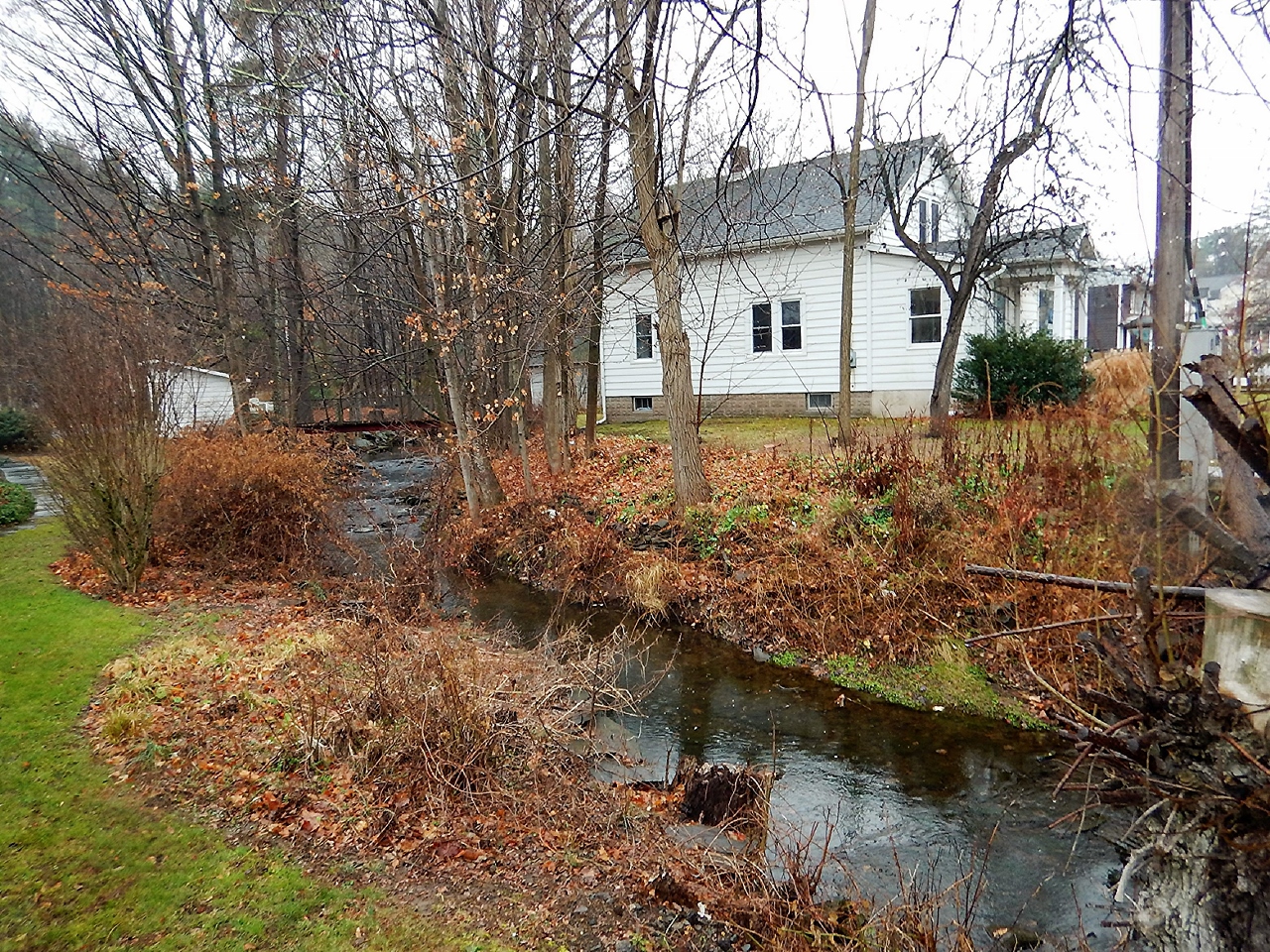 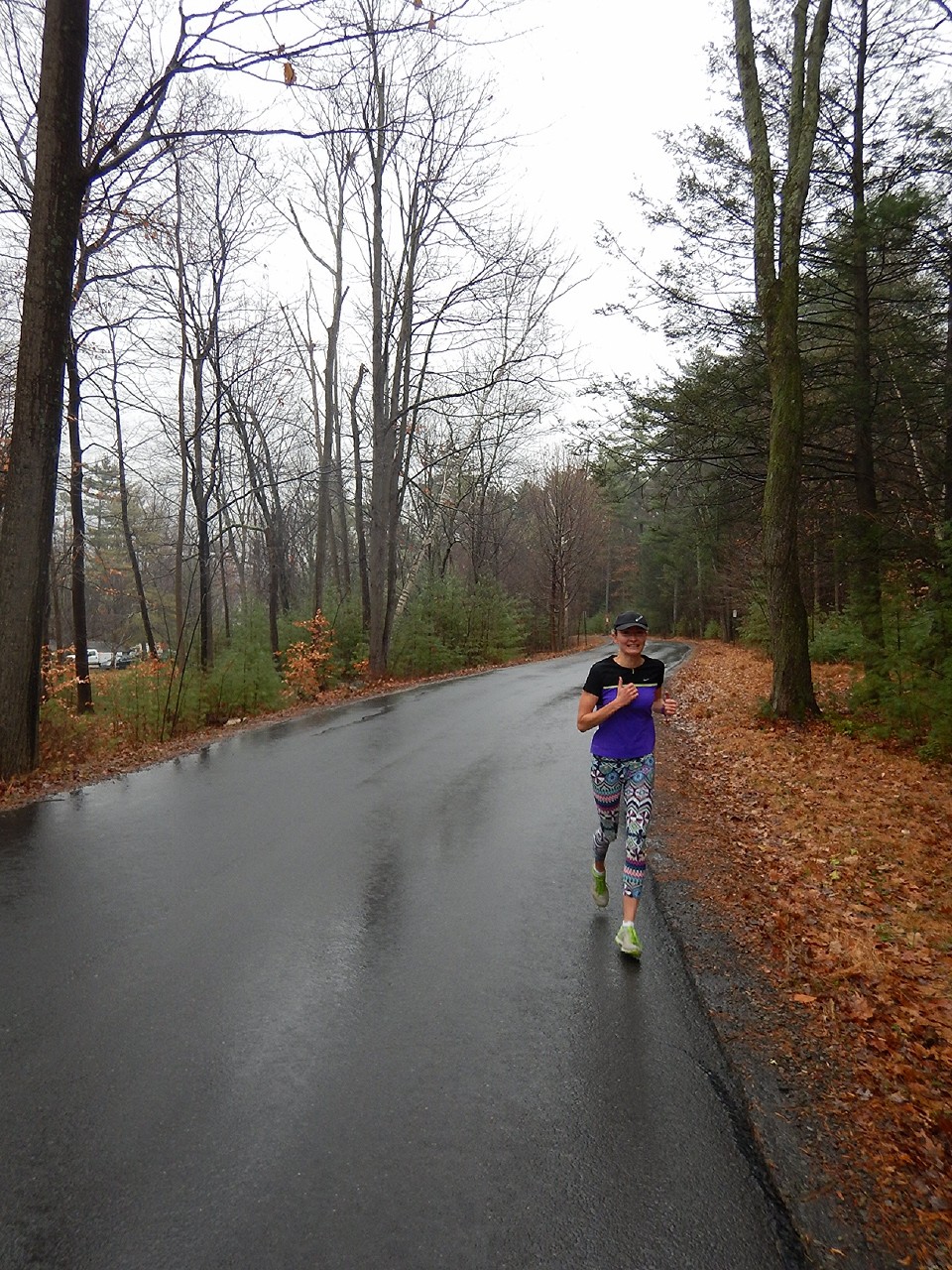 As it happens we didn’t see a lot of the town, instead we found a trail called Comeau Trail that ran along Saw Kill Creek. The forest was lovely. I was so inspired by my surroundings that I insisted we run back to the B&B and get the camera. 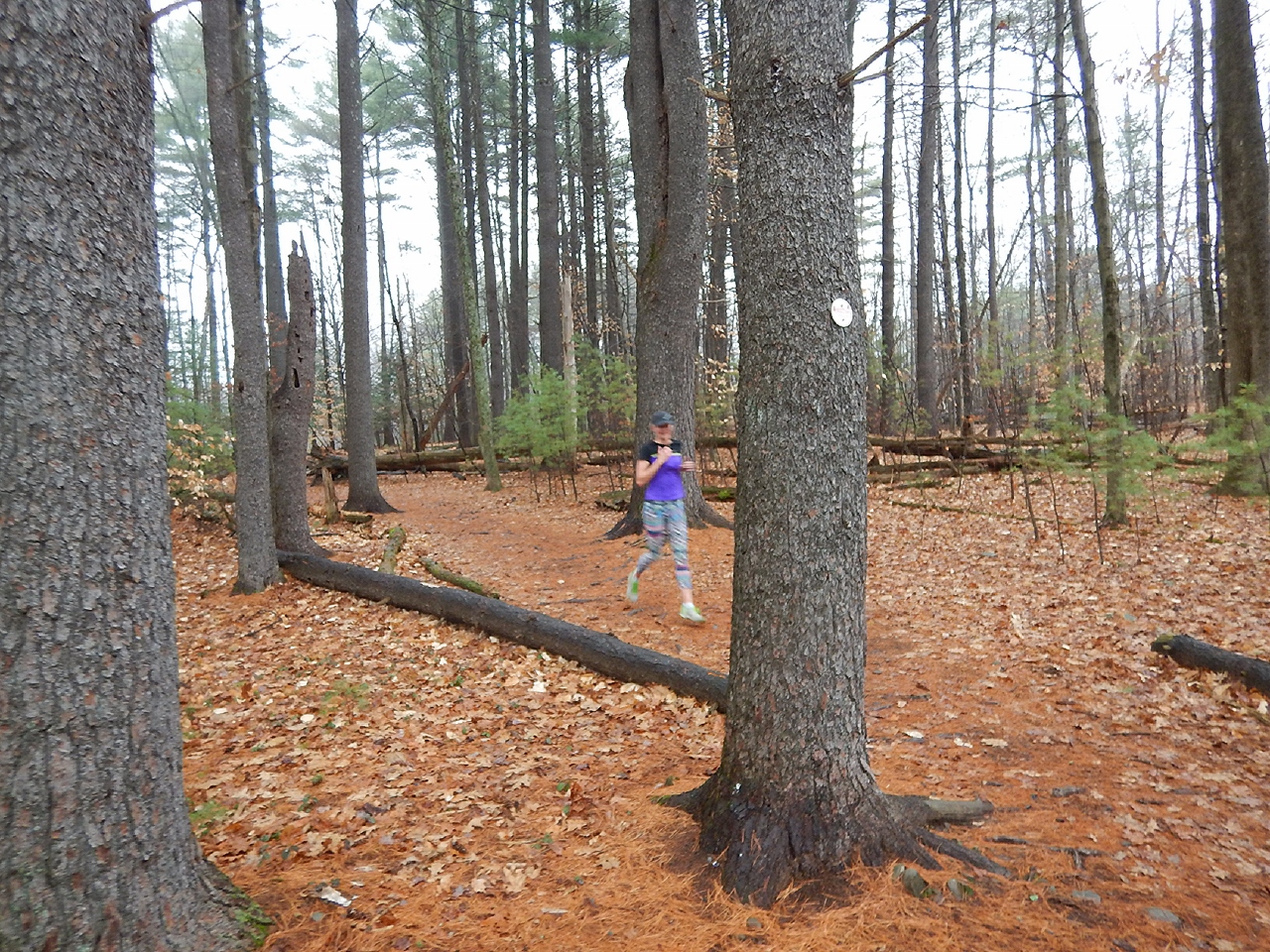 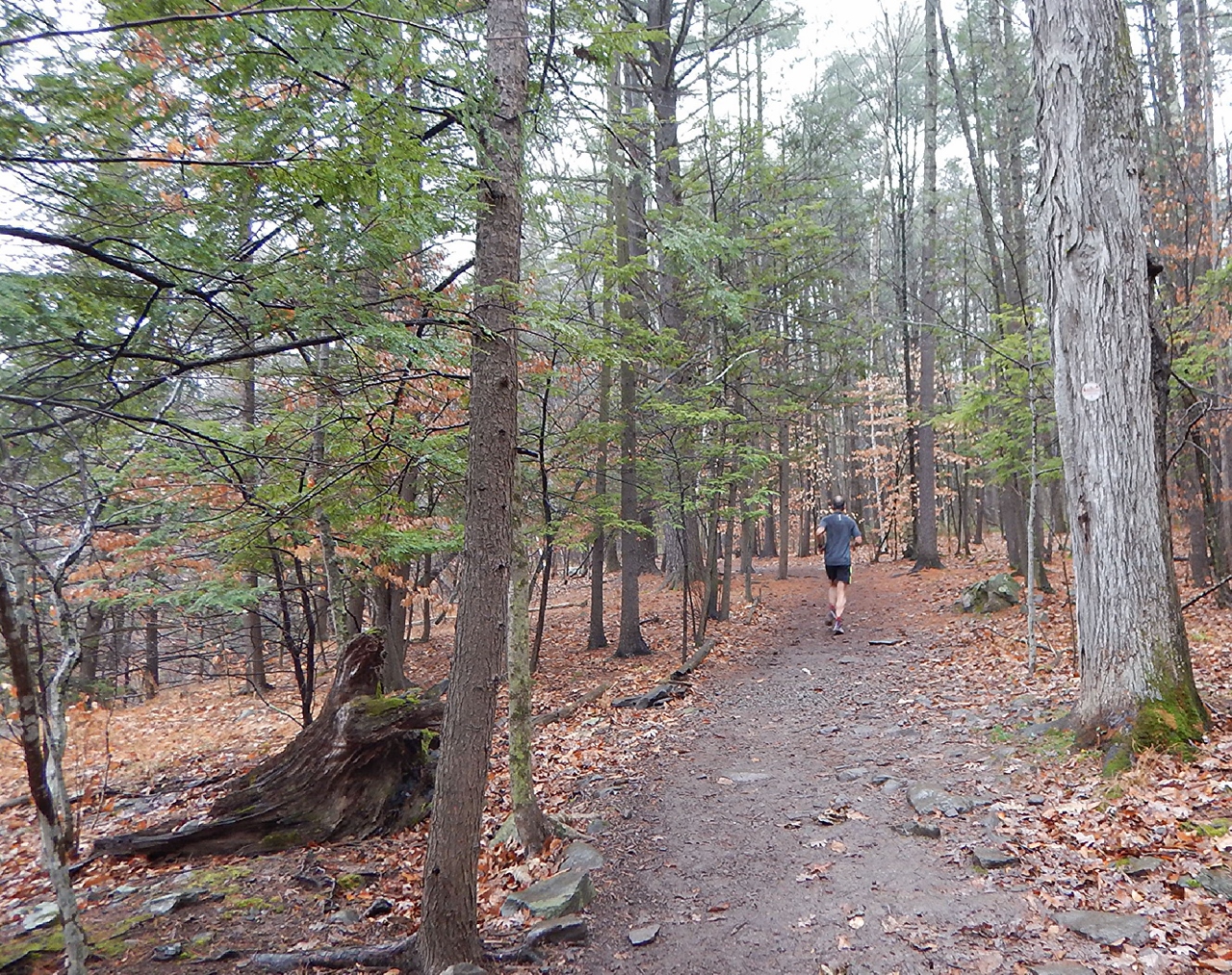 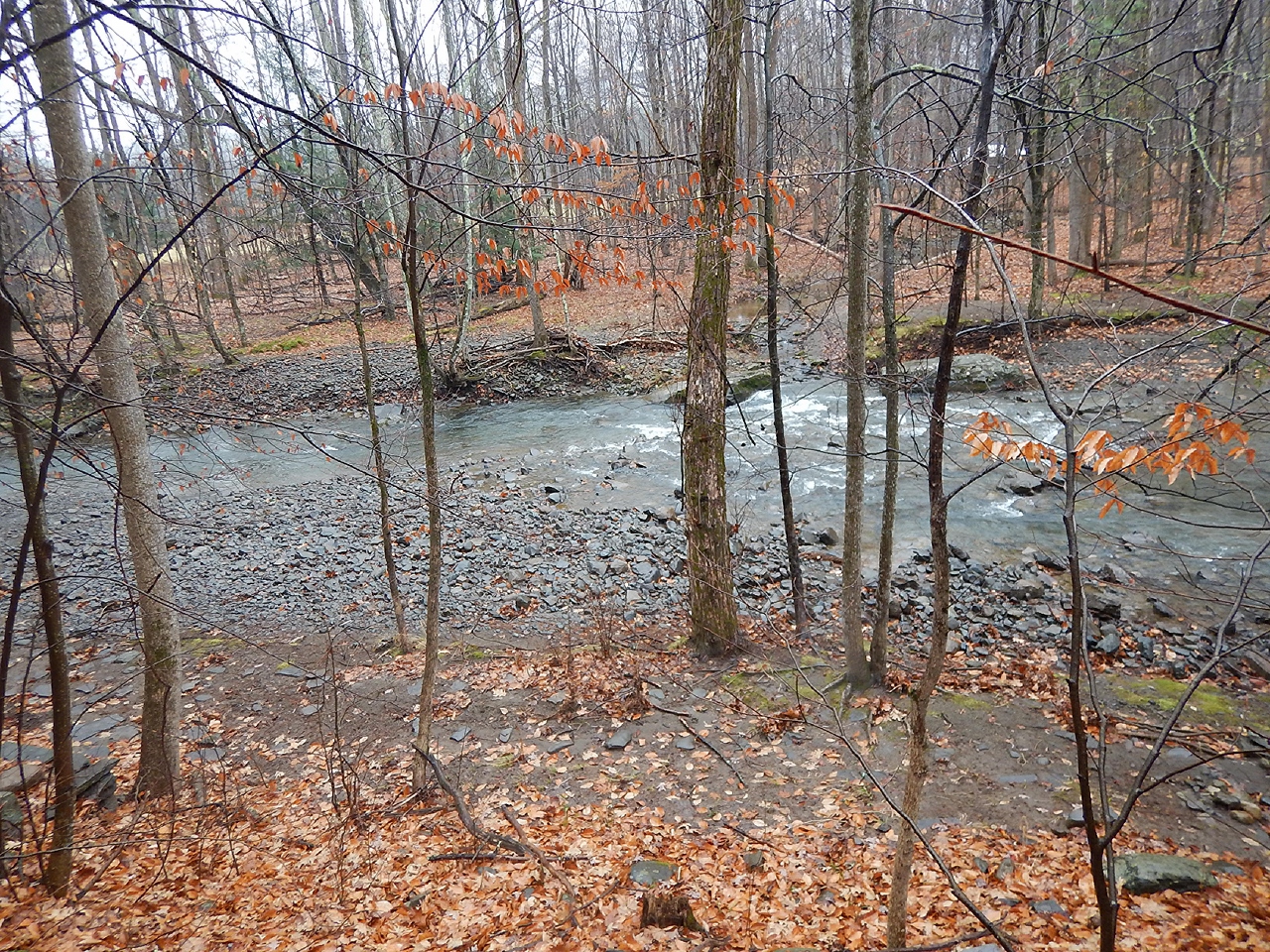 It was wet, it was muddy and my shoes were definitely not designed for wet and mud, so my feet were soaked within a few minutes. And my hands were absolutely freezing! But despite the discomfort, or perhaps because of it, it was really fun! There’s something about running in the rain that makes you feel like a kid again. Like you are rebelling against society’s expectations by getting wet and dirty when you are expected to be clean and well-presented. It always feels like a bit of an adventure. 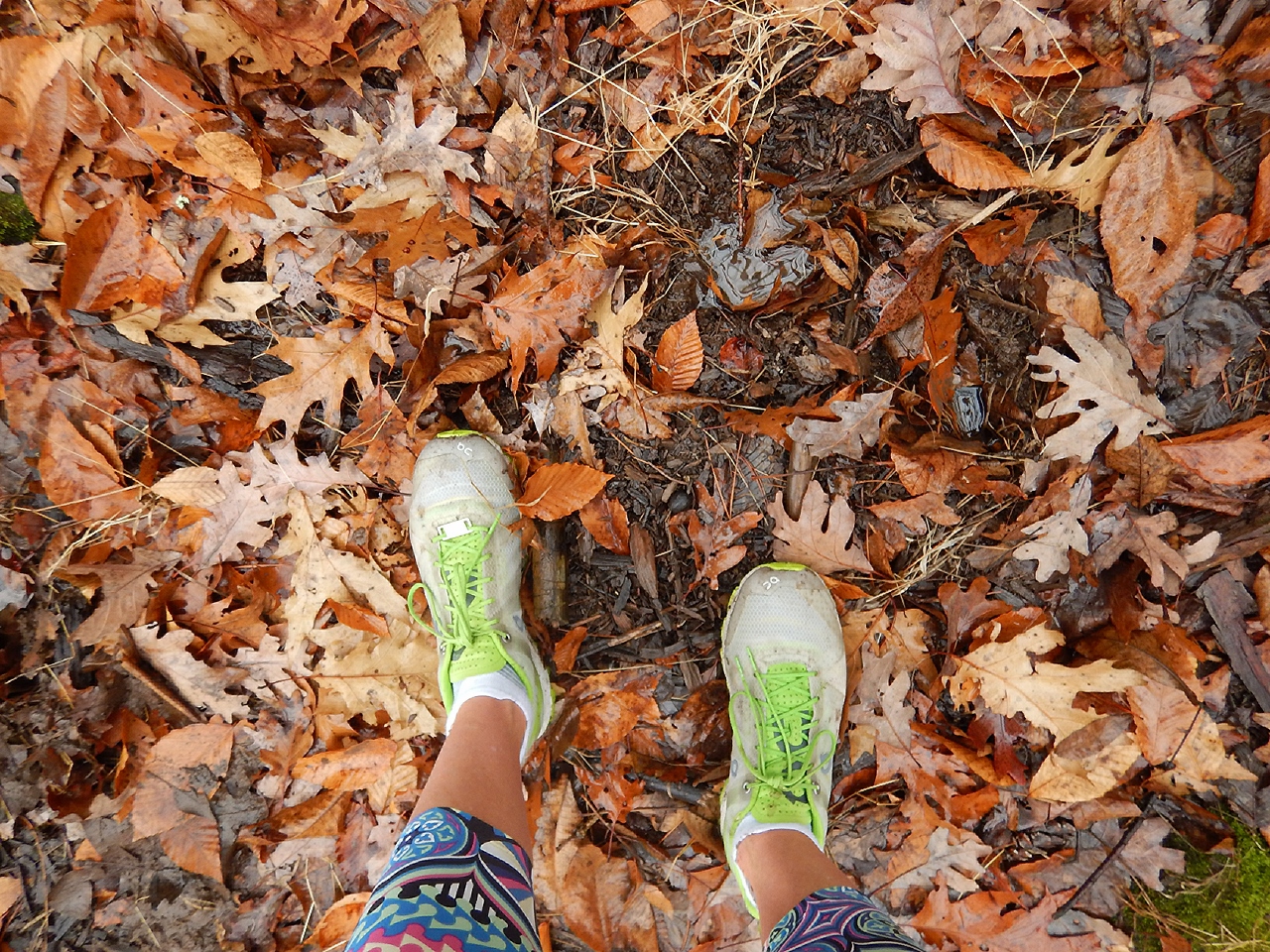 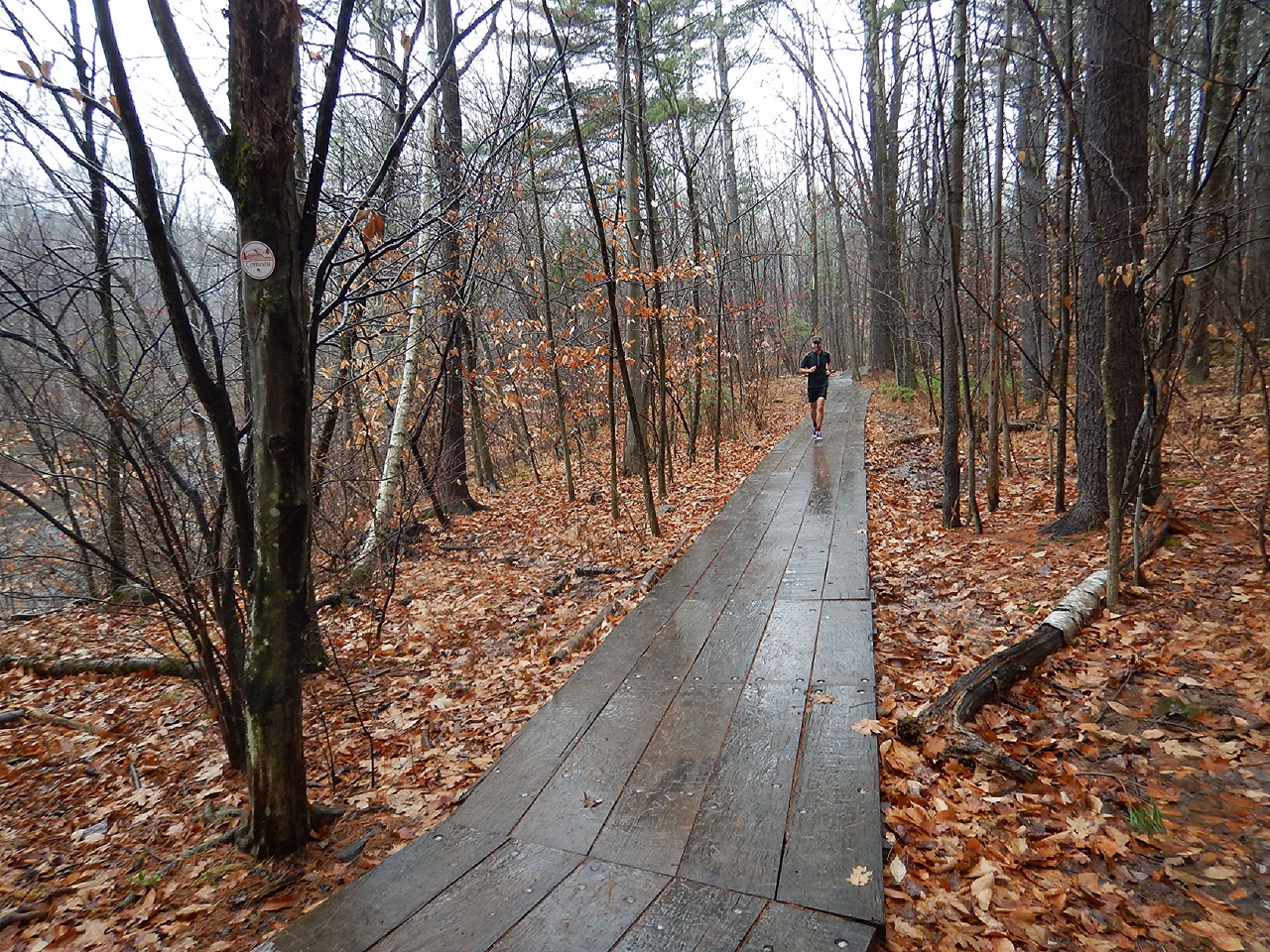 Mr Ironman decided to go for a longer run so I returned by myself to the B&B. By the time I arrived my shoes were full of water, mud and grit and my hands were so cold they were shaking. As I was struggling with frozen fingers to put the key in the lock, I was imagining myself having to wait – shivering on the doorstep, wet and very under-dressed for 5 degrees – for Mr Ironman to return.

I finally got the door open, then spent another frustrating five minutes untying my double-knotted shoelaces. 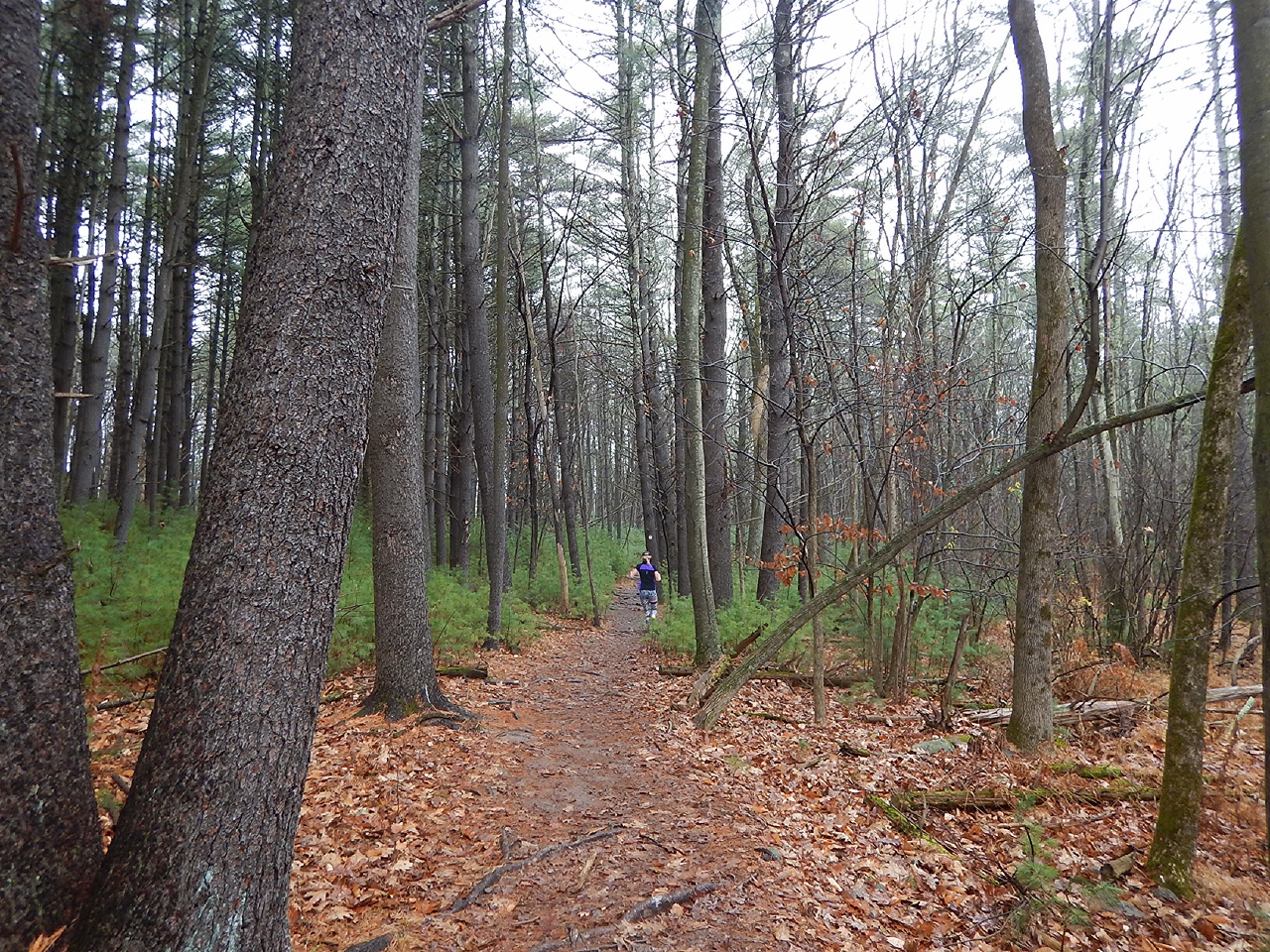 Inside in the warmth I shoved my hands under my armpits to get them to thaw out. It was a painful 15 minutes until they did.

My reward for all of this discomfort: a blissful hot shower. The absolute and utter joy of having a hot shower after a cold, wet run makes that cold, wet run worth it every time!

Woodstock is a small town less than 3 hours by bus north of New York City. It is the Woodstock of the music festival fame, however the actual festival was staged almost 100 km away. The town has a population of almost 6,000 people and has a decidedly hippy feel to it, with a large number of artists and writers calling it home.

comeautrailmuddyrunrainyrunsawkillcreektrailrunningwoodstockwoodstockny
Antarctica or Bust – Getting to “The Ice”
Race Report – Frozen Bonsai Half Marathon, New York